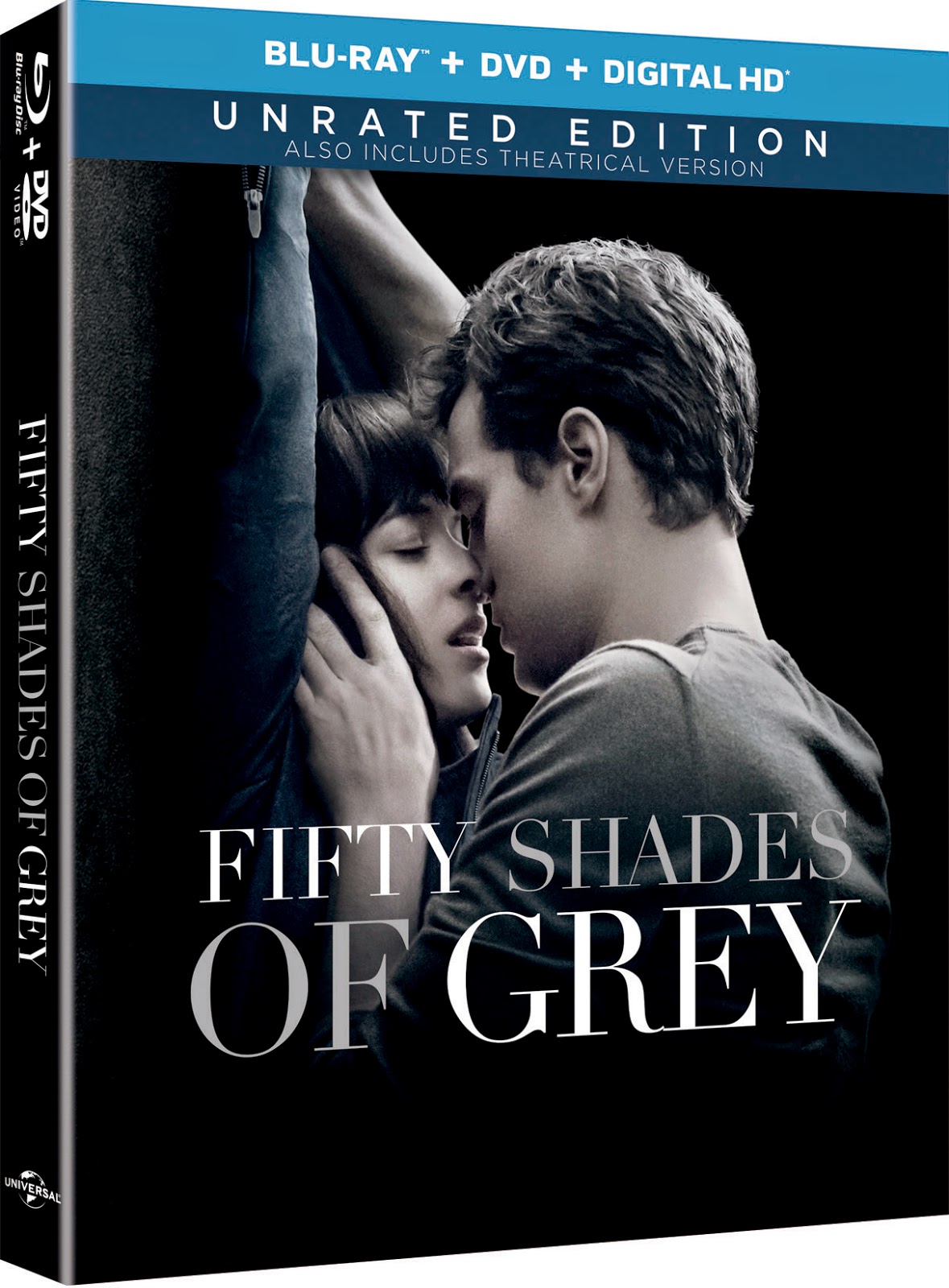 One of the hottest and most controversial titles of the year is now coming to DVD and BLU-RAY. Are you ready for more?


Universal City, California, March 23, 2015 – The story of a searing love affair between a naïve college student and a billionaire entrepreneur, Fifty Shades of Grey, will have women worldwide planning a special Friday night in when the provocative love story comes home for the first time.  Fans of Christian Grey and Anastasia Steele will be able to have the ultimate at-home movie experience when Fifty Shades of Grey, the global phenomenon that grossed more than $500 million globally, comes to Digital HD Friday, May 1, 2015 and Blu-ray™, DVD and On Demand Friday, May 8, 2015 from Universal Pictures Home Entertainment. Based on E. L. James’ best-selling novel, the Blu-ray™ and Digital HD include an exclusive unrated version that features a never-before-seen alternate ending along with almost two hours of all-new bonus features that go behind the scenes of this year’s hottest romance.

Shy and unassuming literature student Anastasia Steele (Dakota Johnson) finds her life forever altered when she interviews the enigmatic Christian Grey (Jamie Dornan) and is dazzled by the charismatic entrepreneur and his high-flying lifestyle. As the pair embarks on a passionate affair, Ana soon discovers that Grey has dark secrets and desires that will push her to the limits of her imagination—and beyond.

Posted by Robb Publishing Online Media Group at 10:29 AM