Why do we always come here? I guess we'll never know. Just sit back in your seats. Time for another Muppet Show! 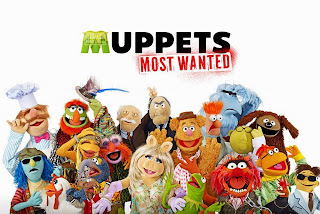 This new prime time show will be putting a Community spin on the Muppet variety program. In a documentary type show viewers will be taken behind the scenes to explore the Muppets’ personal lives. From EW,  "The recent pilot presentation, we’re told, received a standing ovation when it screened for ABC executives a couple weeks ago."

Hopefully, viewers will react with the same enthusiasm, especially after the mild reception Muppets Most Wanted received.

Get ready, as it's about time to play the music. Almost time to light the lights. Returning to prime time will sure to delight.