It's an all out turf war in Nintendo's Splatoon. A game where you control inklings (human in squid form) as they battle it out for control of the land.


Wait a sec... A human like squid that shoots ink... That reminds me of someone.

And looks like others have picked up on this. In fact, Shinryaku! Ika Musume creator, Masahiro Anbe, has expressed his interest for the franchise through twitter.

Taking this a bit further, this image was recently revealed through Nintendo's twitter feed. 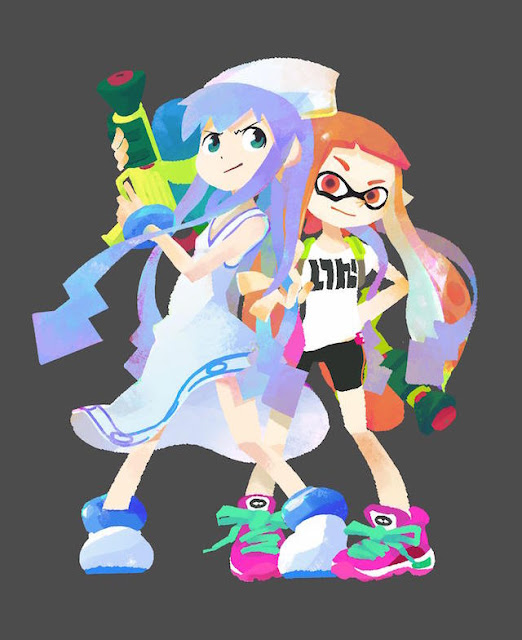 Then in this week's Weekly Shōnen Champion and Famitsū magazines we got these two pieces of art work. 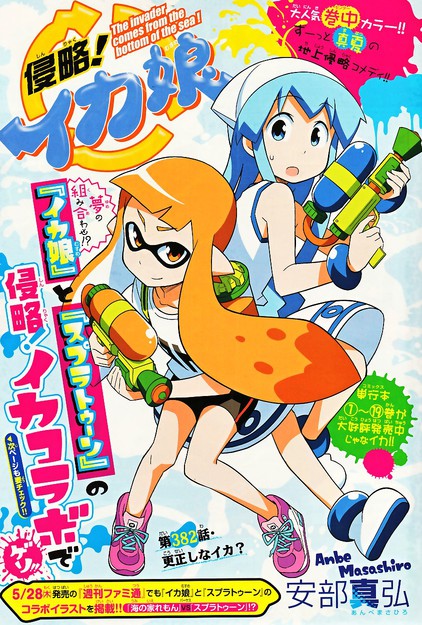 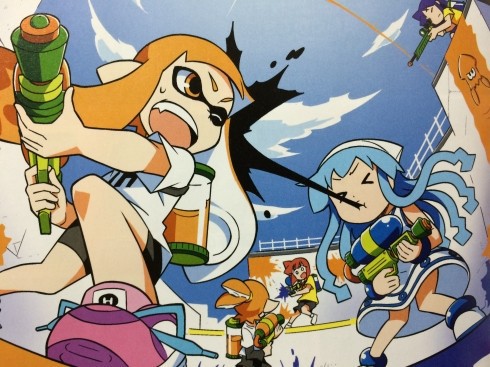 While not much is known at this point, all evidence seems to be indicating a collaboration of some sorts.


Splatoon will be released in North America and Europe on May 29 and in Australia on May 30.
Posted by Jeremy Kahn at 9:29 PM